Here is a lovely reminder from author Susan Örnbratt that we should find inspiration in the everyday as well as in the extraordinary. And, that sometimes things happen just when they should. Even if it’s ten years later. Please welcome Susan to Women’s Fiction Writers!

How a Grandmother’s Secret Words Became a Granddaughter’s Treasure 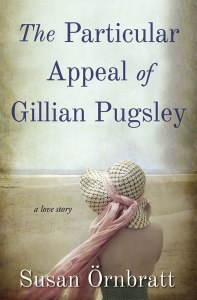 What is a lucky writer? Is it one who attends the best school with the best writing programme? Is it one who starts telling stories before she learns how to write? Is it one who writes her first novel and manages to get pulled from the slush pile, noticed and offered what we all want – the opportunity to publish? Or can it be as simple as a gift of words from one generation to another? I like to believe that grandmothers see something that we cannot. It’s as though they have an ability to wash away all life’s bits—the dirt that clouds our vision. When we doubt ourselves as writers, somehow they never do. Grandmothers see the heart of it, what’s really there. I can imagine my grandmother standing in a field of life’s debris, everything scattered around her; her mistakes, her worries, her indulgences, her vanity, her moments of envy and her need for approval, maybe even self-satisfaction and courage. The only structures still in tact are her passions; the people whom she adored, her dogs and The Lord. She was a devout Catholic. Yet standing tall on the horizon are her poems, one after another like city skyscrapers untouched yet powerful. In 2003, I was an on-again-off-again writer. I had written several children’s books and had completed my first novel a few years before – none of them garnering results. I hadn’t realized at the time the immense value in their training ground. Each writing project was overshadowed by a demanding career as a teacher. With all of my life’s debris floating around me, I couldn’t have known that my grandmother was waiting for the right time to shoo it all away. All along, when I thought no one had noticed my writing, what I enjoyed most in this world, there was someone in the wings watching every move. That’s what grandmothers do, just as I have a sneaking suspicion that every writer out there has someone watching. Whether you dabble in prose on weekends or coffee breaks in the staffroom, whether you submit that extra writing piece along with your art project at university, someone is noticing. I am sure of it. When my grandmother gave me the incredible gift of her poems just weeks before she died of cancer—cancer that she wasn’t actually aware of at the time, I remember holding them feeling bewildered and full of questions. These were poems that she had spent her life writing, yet all she would tell me was that no one had ever known about them. It was an incomprehensible treasure. Before handing them to me, she cradled them against her chest, holding them like a newborn child, and said, “You are a writer, Susan, maybe you can do something with these one day.” I wasn’t sure why, but I shelved her gift and didn’t look at them for ten years. Perhaps it was grief. I simply didn’t know. It took finishing my second novel before it occurred to me, “It’s time. I have to read those poems.” It was in seeing her handwriting that her words flooded every part of me. Seeing the bits she had scratched out and replaced, were telling of her love and commitment to her writing. Each poem told a story about her, about the times, about young love in the face of war and the trials of a woman, a wife, a mother on the home front, waiting on British soil, praying that he will walk through the door again. Seeing the rough drafts worked into a finished product made me appreciate the written word on paper, the handwritten word. These poems were in essence the letters of her life, and oh, how romantic they were! So I weaved my grandma’s poems into a new novel, a story inspired by her exquisite poems in her beautiful handwriting, The Particular Appeal of Gillian Pugsley. The exciting part is, even after death, my grandmother’s poems combined with my storytelling made a publisher sit up and notice. Together, we did it. It wasn’t until I was knee-deep in my novel that I understood why I had waited so long to read her poems—I wasn’t ready to write this story. We, as writers, find inspiration in a myriad of places. It can be found in the tiniest droplet of water on a twig whilst taking a walk, and still we feel lucky for being given that moment. So what makes for a lucky writer? I think we should all ask ourselves that question from time to time. Can it be as simple as a gift of words from one generation to the next? When I think of my grandmother and the treasure trove that her words unfolded in my imagination, the answer is crystal clear. Yes. 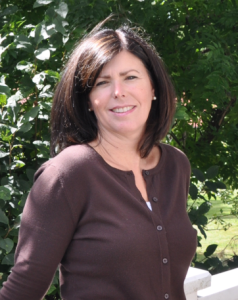 Susan Örnbratt was born in London, Canada and grew up on the dance floor until her brother’s high school rowing crew needed a coxswain. Quickly, she traded in her ballet shoes for a megaphone as rowing filled all of Susan’s time outside of school while competing in regattas across Canada and the US. When she was 16, Susan became a member of the Junior National Rowing Team and went on to compete in the Junior and Senior World Championships and the XIII Commonwealth Games in Edinburgh, Scotland. A graduate from the University of Western Ontario in French and the University of Manitoba in elementary education, as well as attending L’Université Blaise Pascal Clermont-Ferrand II in France while she worked as a fille au pair, Susan has gone on to teach and live in six countries. Although a maple leaf will forever be stitched on her heart, she has called Sweden her home for the past sixteen years with a recent three-year stint in North Carolina, USA for her husband’s work. It was there, where Susan wrote her second and third novels while achieving her long time goal of signing with a publisher for The Particular Appeal of Gillian Pugsley. Susan lives in Gothenburg, Sweden with her husband and two children and an apple tree nibbled on by the local moose population.  If she isn’t shooing away the beasts, you can find her in her garden with some pruning shears, a good book and always a cup of tea. If Susan were dried out, she could be brewed. Susan’s website: http://susanornbratt.com

Previous Post: « This Is My Brain On Index Cards
Next Post: Guest Post: Author Lindsey J. Palmer Writes About Living In New York City And Major Life Milestones In Her New Novel »