You are here: Home / Densie Webb—YOU'LL BE THINKING OF ME / Guest Post: When Is It Time To Consider Yourself A Real Writer?

It’s a new year. Do you have the same old attitude? Is it time for a shift?

Are you struggling with whether you’re a real writer? A novelist? An author? Read author Densie Webb’s (and no, it’s not Denise, it’s Densie) account of how bad she had to feel in order to get a place where she could feel better. Many of us have been there. I feel like I’ve known Densie FOREVER, and it’s great to feature her here today, and to celebrate the release of her debut novel, YOU’LL BE THINKING OF ME.

And to answer the question “When is it time to consider yourself a real writer?” I’d say: Any time you damn well please.

Please welcome Densie to Women’s Fiction Writers and share your stories in the comments.

When Is It Time To Consider Yourself A Real Writer? 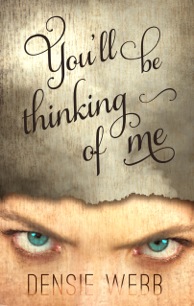 It seems a lot of us writers have a tough time coming to grips with the idea that we are, indeed, writers. It’s a touchy subject, this whole who-is-a-writer business. It’s funny, I’ve always been very comfortable calling myself a writer, because I’ve made my living as one for more than 20 years. But there’s an important distinction that makes it easy for me. I’m a “freelance writer,” which denotes work for hire. All those years, I have written mostly non-fiction and mostly about health-related topics. I have also worn an editor’s hat for most of that time. So, I can speak with authority that non-fiction writing takes a certain amount of skill and expertise.

Being a creative writer, a fiction writer, a writer of novels, is something else entirely. And, while being comfortable with any form of the written word helps, it’s only a part of the recipe for being a good writer. To simply say, “I’m a writer” connotes creativity.

A couple of years ago, I signed up for an online writing class, thinking it would be good for me to see what others were doing and to get feedback, instead of just having my words rattling around in my own head. I had long since learned that part of being a writer of any kind was developing the thick skin of an armadillo and the wonderful ability to curl up in a ball when input from editors and critiquers got to be too much. Those skills came in handy for this class.

Only two people signed up—me and one other writer. Turned out she was the editor of a literary publication and was well published. The instructor of the class was also a published author, taught at several well-known writers’ conferences and developed the online instruction module for the class. And then, there was me.

So, picture this: You’re timidly dipping your toes in the fiction-writing waters, hoping no one is watching too closely. And then your “classmate” dives in head first right next to you and starts swimming laps around you at record speed. The coach starts cheering and handing out medals. Not to you, but to your classmate. Yet, week after week you’re asked to stand on the edge of the pool and dip your toes in yet again, and watch as your classmate swims laps around you.

Well, that’s what the class was like for me. The instructor went positively orgasmic over the other participant’s work, complete with over-the-top praise and exclamation marks! I received what you could call barely contained disdain disguised as “constructive criticism.”

Which brings me back to the “who is a writer” question. The instructor had a very clear literary bent. A low tolerance for popular fiction, which is where my aspirations lie. There’s a truckload of literary snobbery out there, even as popular fiction becomes, well, more popular. In the class, we were given weekly assignments turned in online. One seemed to go against every piece of popular fiction I had ever read. So, in a very diplomatic manner, I sent a passage from a current New York Times bestseller, asking what she thought of it. Her response was something to the effect that much of the popular literature out there doesn’t deserve to be published. End of discussion. That’s when I realized I had signed up for the wrong class.

In all fairness, I learned a lot from that class. But I also realized that we writers are an eclectic bunch. Could this years’ Pulitzer prize winner write a winning Middle Grade or Young Adult novel? Somehow, I think not. Have you every read Frindle by Andrew Clements? It was a favorite of my kids when they were small. I don’t think it would live up to my instructor’s literary standards, but no one could ever convince me that it wasn’t worthy of publication. I’m not a fan of John Steinbeck, but go ga-ga over Edgar Allen Poe. Does my taste in literature make either of them bad writers? I think not.

In Hollywood, an actor who has screen presence is said to have the “it” factor. You see them on screen and you just know. The same is true for good writers. You can’t break it down, imitate it, teach it. It’s an elusive essence that just is. But some actors do well only in comedies, some only in romantic comedies, some can’t seem to fake being scared on screen. Does that make them any less an actor? Less versatile, perhaps, but no less an actor.

Around the time the class was wrapping up, my writer’s ego in tatters, I found the encouragement I was looking for in a blog post by Seanan Macquire, author of Feed, writing as Mira Grant. She writes young adult, urban fantasy, modern horror and the occasional romantic comedy. She said she’s been asked when she was going to stop writing what’s “hot” and become a real writer and start writing what was in her heart. Her response spoke to me.

“You know what? My heart is full of fairy tales and zombies and blond girls in high heels kicking monsters in the head. My heart is full of snappy dialogue and cinematic tropes and screams in the muggy summer air. I am a real writer. It’s just that what I really want to write about is occasionally the Fighting Pumpkins cheer squad, a hitchhiking ghost with a thing for cheeseburgers, and genetically engineered parasites. And that’s okay.”

So there you have it. Whether it’s bittersweet romance, erotica, mystery, horror, fantasy, paranormal, epic family drama or the great American novel, if it’s what grabs you and won’t let go, then write. There’s room for a lot more of us on bookshelves and Kindle libraries than some literary critics would have you believe. 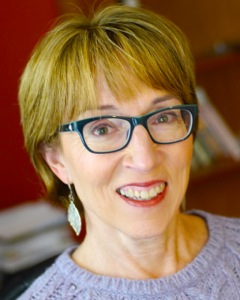 Densie Webb’s debut novel, You’ll Be Thinking of Me is the story of a young woman’s serendipitous encounter with a celebrity, a brush with obsessive love, and the bittersweet gift left behind by the very person fixated on destroying her life. Densie’s book comes out today from Soul Mate Publishing and she is proud to call herself a “real writer.” While she still spends her days writing and editing stories about health and nutrition, she writes fiction in the evenings and weekends and is currently working on a second novel as well as working with a co-author on a third.