You are here: Home / Amy Sue Nathan / If You Give A Mom A Memory…

A few days ago when I was driving home, I saw something walk across a lawn right around the corner from my house. My thought was vague, yet concise.

That is not a dog.

So I pulled over, made sure my doors were locked, and called the police. I mean, really. I live in SUBURBAN CHICAGO.

The response to my claim that I’d seen a wolf?

Just another reason I’m moving when my daughter graduates college.

But, this blog post isn’t about the safety of my senior dogs in our backyard or even the fact that I’m living here with one foot far out the door. When I was repeating this story to my kids late at night, I remembered another story of unwelcome wildlife. And then I had a realization. With a mouse it might be cookies*, but with a mom, it’s memories. Once you get started, you just can’t stop.

So I’m sharing an old story here (and maybe more in days to come), and a reminder to watch where you step! 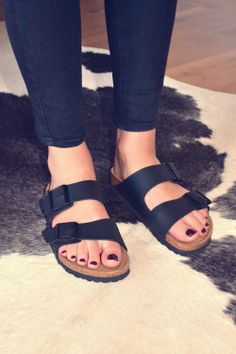 “I killed it with a Birkenstock ,” I said, beaming, as l described having whacked a light brown fuzzy tarantula, the size of half a tennis ball, in defense of the bathtub toys. Then I explained how brave with the fortitude of motherhood, I scooped the still beast with a shoe box lid into a shoe box and threw it over the wall into the wash – the wildlife area behind our house in Tucson that was supposed to keep creatures out, not let them in.”You’re not supposed to kill them,” my neighbor said slowly, as if to scold me.She had her hands on her hips and very well may have said we weren’t allowed to kill them, but I tuned her out after “not.” If anything besides my two-year-old and six-year-old were going crawl around that bathtub, I was going to have something to say about it.

When I saw that tarantula in the tub, I knew Tucson was not the place for me.

It had been our fourth interstate move in eight years. I relocated with ease – packing and unpacking boxes, driving cross-country, finding schools, kids’ playmates, dry cleaners, take-out Chinese — but acclimating to the desert mentality was a different story. It wasn’t so much the tarantula as the fact that I wasn’t supposed to have killed it. That brought me face to face with reality. I was indifferent to the wildlife around me, and not only was I at odds with nature, but with my neighbors.

I grew up stepping on ants and over cracks, squashing spiders, and spraying bees in the brick cityscape of a Philadelphia row house neighborhood. The view consisted of attached rooftops, telephone wires strewn with Converse sneakers, and a limited sky. In the desert Southwest it was still all gray and brown all around me, but it was nature, not construction. Above my faux adobe home was where the sky wrapped around the world – I was sure of it. Every night magenta and mandarin sunsets cascaded over the western horizon and looked like a water color painting. It took my breath away in much the same way as a childhood game of hide and seek. I knew what was coming, but each time met it with excitement and authentic surprise. If I could have lived there and never looked down to the ground  it would have been close to perfect.

Backon the ground ,my neighbors — all transplants from other states — adopted the Southwest as their home. It was never clearer to me than one winter weekend afternoon when from behind the safety of my double-pane, locked windows I watched as the lot of them stood on their driveways in their non-arachnid killing Birkenstocks, riveted, watching as a six-foot snake wriggled up the road. It was not a garden snake. I shook my head as one man swept it to “safety” with a kitchen broom. I swept a dead field mouse – a gift from the dog – out of one of my kitchens years before – but I drew the line at serpents.

While the nights were cool enough for merely a sweater, even in January, we took walks with flashlights, not only because there was nary a streetlight in the Santa Catalina foothills, but because snakes like to take walks at night too, as did the javelina. The black wild pigs also liked to eat out of trash cans and made a mess that would have brought my faraway friends’ suburban raccoons to their knees.

Wildlife sightings were like candy to the adults I knew. They collected their stories of mountain lions sightings on the way to Safeway, and doled them out carefully. Like treasured war stories they were embellished for effect, with the animals getting bigger and closer and more wild in each telling. I always wanted to ask if they drove faster or slower when all that happened, because I knew what I’d do.

Growing up in a city I imagined that “making it” meant you had a front lawn and a back yard and a lawn mower — two other things that eluded my childhood. But the desert landscape twisted my perception. The most expensive homes were the ones with the most rocks and the most varying shades of gray, white and brown. And these desert dwellers adored their sodded quilt square of grass just as we, on our stoops, adored our own measly patches. To me the color of opulence was green. Not dollar green, but grass green, and that didn’t change no matter how many neutral rock gardens I encountered.

I did develop an appreciation for the beauty around me when I learned to see it — the way the dessert bloomed in the fall with orange and yellow flowers sprouting from the gray green saguaro cacti, so in contrast to its smooth skin and verboten spines. The way wildflowers scattered themselves magically across the brown mountainside, emerging from rocky dry soil. I often had to remind myself what month it was, because the desert did not have the same calendar as the rest of the country. The jagged tips of the bordering mountains met the blue sky every day of the year.

But even with the emergent and subtle splendor, I never got used to geckos darting out from nowhere to run across my path, or having an exterminator once-a-month to keep the tiny clear deadly scorpions at bay. It was their home I’d invaded, I realized. How I longed for the familiarity of a crawly black ant to scamper across the sidewalk, and not the microscopic red ones that nipped once at my daughter’s feet and kept her in shoes the entire time she was two.

Living there was a beautiful dream, but I was ready to wake up.

And along with a passion for wildlife came a casual essence that saturated the desert community in an equally ardent way. I realized over and over again, as I dressed my daughter in coordinated outfits to play outside on the playground in late December, that other toddlers looked as dusty as the desert floor and their moms were more hippie than PTO. God, I yearned to be someplace it wasn’t always ok to wear flip flops. I did not see my own reflection in any mom I’d met in the two years we lived there. I began to forget what I looked like.

I raised the white flag. As much as I enjoyed watering flowers in January I was just not the lizard or insect loving kind. I preferred my nature in a vase in the middle of the dining room table. What surrounded me in the desert did not feel natural to me at all.

Months later, while packing boxes for my family’s recoil to life with a fenced-in backyard and snowy winters, a three-inch curled tail reddish-brown scorpion raced across my Saltillo tile foyer. With half of a five-dollar pair of flip flops I smashed it, and then flicked it out the front door to its final resting place among the sandy white rocks. It epitomized my life’s brief desert backdrop.

I told no one, and packed faster.

Slightly edited, but originally published on The Imperfect Parent
*If you don’t know the book If You Give A Mouse A Cookie, you should, whether or not you have kids.
Previous Post: « Holiday Flashback: A Jewish Mom’s Christmas Poem
Next Post: Author Interiew: Debut Author Sonja Yoerg Rises From The Slush Pile After Querying 100+ Agents »