I had the distinct pleasure of reading an early copy of THE WIFE, THE MAID, AND THE MISTRESS by our guest, Ariel Lawhon. But it wasn’t my first rodeo with Ariel! Ariel is the co-founder of She Reads! You know She Reads, right? It’s an online book club and they were kind enough (*mwah*) to feature my own debut novel THE GLASS WIVES last summer.

It’s always fun to give back–and Ariel gives a platform to so many authors (as I hope I do). The best part? I loved this book. I enjoy historical fiction for it’s transportation properties–sitting right in my cozy reading chair I’m whisked off to a new time and place. In my pajamas! With coffee! I enjoy how the author mixes fact with fiction, and the fact that I don’t know which is which. And Ariel does it well! I was also impressed with the structure of the novel, because I tend to be somewhat linear when I write and think, so when an author deftly defies that convention, I’m impressed! I think you will be too.

Amy: Ariel, congratulations on the launch of THE WIFE, THE MAID, AND THE MISTRESS! What’s the one thing that pops to mind now that you have a “real book” with your name on it?

Ariel: Thank you! I am so excited. And honestly, the first thing that pops into my head is that I wish I could read the book. That sounds strange, I suppose, given that I know it better than anyone. But (as Margaret Atwood says) I’ve seen how the rabbit was smuggled into the hat. All those fun surprises and twists are ruined for me. We often write the book we’d like to read. But doing so actually robs us of that ability. It’s the most wonderful, bittersweet part of storytelling. We bring the book into the world but stay distanced from it.

But I am curious if this affliction is unique to me. Do other writers read their own work after it’s done?

Amy: You’ve written before about being drawn to the time period and the story of Justice Joseph Crater’s infamous disappearance in 1930. You bring together three women, who together, know the story of what happened to him (more or less, no spoilers from me). How did you decide which women these would be? Did you ever have another idea for the main characters?

Ariel: Stella Crater always had a prominent place in the story since her yearly ritual at Club Abbey inspired the novel. But in my first draft, the book was actually narrated by Jude, the lead investigator on the case who is married to the Crater’s maid. I knew I wanted the story to alternate between Stella’s last visit to Club Abbey and the events as they happened in 1930. However, it took me a long time, and several false starts, to realize that Jude was not the narrator. Once he moved into the background, Stella, Ritzi, and Maria became the clear choices and the story came together.

Amy: The novel covers different time periods and goes among them seamlessly. When you were writing, how did you accomplish this? Did you write it as we read it? Or did you write chronologically and then pull things apart and put them back together?

Ariel: I’m a huge fan of research and outlining. So before I wrote a word of the novel I sat down and laid the entire thing out scene by scene. And I pretty much wrote the book exactly as it’s read. However, when it came to revising I broke the book into parts. I edited the 1969 scenes together and did the same with Stella, Ritzi, and Maria’s scenes. That allowed me to stay consistent with voice and characterization.

Amy: You’ve been steeped in books and publishing with your website, She Reads. As a long-time “insider” did anything surprise you about having a book published? Or was everything as you expected it to be?

Ariel: I think it’s impossible to know what to expect with publishing, no matter how familiar you are with it. Because of my work with She Reads I’m very familiar with the mechanics of story and why readers respond to certain books. I know what book clubs are drawn to and how to reach them. I’m very comfortable working with publicists and am an avid proponent of novelists having a platform. But there’s so much that was new to me (copy edits!) and facets of publishing that I was only vaguely familiar with (marketing!) and nothing can prepare you for that vulnerable feeling of exposure leading up to the book launch.

Ariel: Honestly? I’m of two minds on the subject. On one hand I spend very little time thinking about the labels attached to fiction (as a reader or a writer). If I’ve learned anything from She Reads over the last five years it’s that readers just want a great story—myself included. Liane Moriarty writes straight women’s fiction and she’s one of my absolute favorite writers. I’ll read anything she writes. I also adore George R.R. Martin and his wildly popular fantasy series GAME OF THRONES. Both writers have mastered the art of storytelling. Who cares what the genre is.

On the other hand there does seem to be a disclaimer attached to the label: for women only. It seems the distinction goes beyond genre and into something more biased. And that does bother me. Mystery. Science fiction. Literary. Young adult. Suspense. Horror. Western. Historical. Fantasy. None of those genres have a gender attached. But we do it with books written by women, about women. We don’t do it with music, why should we do it with books?

Bonus advice: keep a box of tissues handy. You’re probably going to cry a lot. The work is hard and you’ll be riddled with self-doubt. You’ll spend a lot of time circling the story, frustrated, because it maters to you and you want to get it right. The beauty of writing the story that scares you is that it’s impossible to be half-hearted about it. 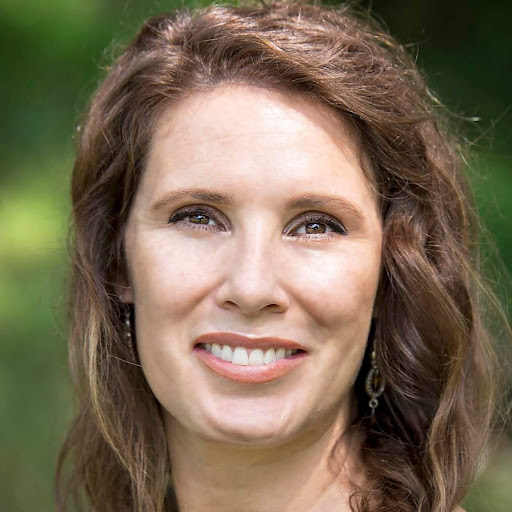 Ariel Lawhon is co-founder of the popular online book club, She Reads, a novelist, blogger, and life-long reader. She lives in the rolling hills outside Nashville, Tennessee with her husband and four young sons (aka The Wild Rumpus). Her novel, THE WIFE THE MAID AND THE MISTRESS  is centered around the still-unsolved disappearance of New York State Supreme Court Judge, Joseph Crater. Ariel believes that Story is the shortest distance to the human heart.

00
Previous Post: « Guest Post: Debut Novelist Kathryn Craft On Women's Fiction And Coming-Of-Age In Life And In Fiction
Next Post: Guest Post: Author Sharon Maas Flies (And Writes) By The Seat Of Her Pants. And It Works. »