So many writers, so many books, so many opinions! Today, author Rosemary O’Brien explains her choice to go with a mid-market publisher and to embark on a non-fiction publishing project of her own.  She likes to write what she knows, while I like to write what I want to know.  Rosemary, like many authors, doesn’t like the women’s fiction label. As you know, I embrace it.  No matter the differences there, I agree with Rosemary that reinvention is key, that you have to keep trying, and that it all rests on good writing!

Let us know what YOU think! And please welcome Rosemary O’Brien to Women’s Fiction Writers!

Author Rosemary O’Brien Says No Matter What Else Is True, It All Rests On Good Writing

Amy: Sometimes writers start with one idea and end up with another. Did this end up being the story you initially intended to write and what sparked the idea in the first place?

Rosemary: The idea was sparked some years ago while attending a scrapbooking weekend. I looked around at the over 300 attendees and knew I could write about these people. The organizer let out that I was an author, too, so when they came to my table to ask me about my book, many women suggested I write about someone who scrapbooked as one of my characters. The story about the family scrapbook came up while I was brainstorming story lines.

I didn’t like the first draft and was sidelined for a few years after the birth of my second son. During this time, I kept writing for magazines and websites, but kept thinking about why I didn’t like the story. I can’t even remember what I didn’t like, but when I figured it out, I went back and finished the book.

Rosemary: I was actually looking for an agent. I think it’s best to continue on to your next book while an agent searches for the best publisher and works out the deal. They know who is looking for what, so it behooves you to rely on their experience. With that said, agents often look for blockbusters and mine was just a simple story about a family and a scrapbook. So while I garnered rejections from agents, I kept my eyes open for small publishers who might take me on. I found Solstice through one of the various newsletters I receive and figured I would send them the manuscript. They liked it and signed me.

Mid-market or small publishers take chances on smaller name authors, like me. They are looking for good stories, not the blockbusters necessarily. The benefit is that you’re more likely to be signed by one of these publishers. The drawback is that they don’t put a lot of marketing dollars behind their authors, so you have to do more of the marketing and getting the word out than if you had a marketing department behind you. Regardless of whether your publisher is large or small, the work has to be good work or you won’t sign with anyone. It all rests on good writing at the outset.

Amy: Trends abound on women’s fiction book covers. SCRAPS has a photograph of a teacup on the cover. THE GLASS WIVES has two teacups. I could wallpaper a room with book covers with tea cups. What’s your opinion on the tea cup trend? Why are they popular? Certainly not everyone in every book sits around drinking tea!

Rosemary: LOL I actually created that cover after rejecting several of the publisher’s covers. This is another benefit of working with a small publisher. They are accessible. I really did not like the covers the cover artist sent me, asked for changes, did not like the changes, and finally said, “I could design a better cover!” When I got to that point, I emailed the publisher and asked if I could try at the same time I submitted a couple of my suggestions.

As for the tea cup, I was looking for a coffee cup, but could not find a good image. I wanted a coffee cup and an open scrapbook. I liked the warm colors, too. I felt they fit the story. As for the trend, I guess I tuned in to the collective conciousness or something! I just know if I’m looking at a scrapbook, I grab my coffee before sitting down and flipping through the pages.

Amy: Publishing is changing. Sometimes writing careers are unpredictable, but that doesn’t mean writers don’t plan. What are your plans for your future as an author?

Rosemary: I also said I wanted to be more than a one book wonder. Now that my second novel is out, I find I want to be more than a two book wonder! My current project is actually a niche publishing company. I am writing a book about vest pocket parks* in New York City with plans to write books for other cities with promising public spaces. (*mini parks)

As a writer, I’ve had to reinvent myself a few times. First, my freelance writing markets started drying up due to the economy and the advent of online writing. Online magazines and newsletters pay very little, but that’s what was available for freelancers after the relative demise of print jobs. I started specializing in health writing and writing for consumers. When I began this pocket parks project, it was originally going to be one book about the city I loved. After attending an entrepreneurial program for military families and veterans, EBV-F, I discovered my one book could actually be an entire niche publishing company. This would give me more control and potentially more income than if I wrote one book and signed it off to a publisher or taking many smaller writing gigs I had been taking over the years.

Amy: How would you define women’s fiction?

Rosemary: I don’t like the term ‘women’s fiction.’ Women’s fiction brings to mind sappy romances, in my opinion. There’s nothing wrong with sappy romances, but not just women read them. I let my novels be called women’s fiction because the stories are about women and their lives and it’s easier for buyers to categorize a novel if its subject is defined. ‘Fiction’ doesn’t mean anything, but ‘women’s fiction’ or ‘science fiction’ means something to the buyers. There’s a shelf for those titles. I have had several men read and enjoy my books, especially ‘First Saturday,’ so perhaps women’s fiction would be better defined as I said, stories about women and their lives.

Rosemary: My advice is to keep writing, but also keep learning about writing and the market. Truth be told I had the story in my head, but I was also looking for a story that would be relatable to as many readers as possible. With all of those scrapbookers sitting in the same room with me, many of them readers of fiction, and knowing this event planning group did many of these scrapbooking retreats, I knew I had an idea worth writing about. When I went back to my community at the time which was filled with first-generation Americans of Italian ancestry, I asked them if they would read a book with an Italian-American storyline. The consensus was that they would love to read about families like theirs, so I knew I had something.

Yes, writing fiction is an art and a craft, but you do not want to write a book no one is going to read, do you? I suggest following the first rule of writing fiction which is, “Write what you know.” I would also add a second rule: “Write what people will read.” 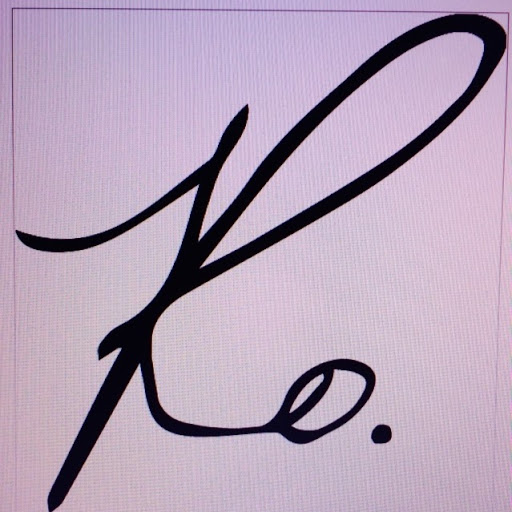 Rosemary O’Brien has been writing professionally for over 15 years, her first career was as an actress in musical theatre. She lives in Southern Connecticut and loves to write about her hometown of West Haven, Connecticut. FIRST SATURDAY was originally published in 2002 and earned her a loyal readership. O’Brien is especially proud of all of the cancer survivors who told her she just “gets it.”

Rosemary is currently working on a book about pocket parks in New York City. Read more about her latest project at http://www.PocketParksNYC.com or about her other work at www.RosemaryOBrien.net.

Previous Post: « Guest Post: Author Carolyn Turgeon Shares Her Novel-Writing Mistakes So You Can Avoid Them
Next Post: Author Of 9 Women's Fiction Books, Beth Kendrick Says: "Be Patient With Yourself And With The Process" »