I’m pretty sure that Travis Erwin is my favorite bacon-and-beef-loving author. And that’s a lot coming from me, an accidental vegetarian for the past four months! I don’t care that Travis doesn’t do lettuce…but I do care that he is a kind and generous author friend who is an unconventional women’s fiction author.  I’ve known Travis for years. We met (I think) via author Erica Orloff’s blog where we were both her  readers and fans. Travis even found a copy of THE GLASS WIVES on one of his travels and posted a picture and read it on the road. I bet he didn’t even hide the book cover! He’s just that kind of a guy. Plus, he’s 6’5″, who’s going to say something?

My Twisted Road To Women’s Fiction 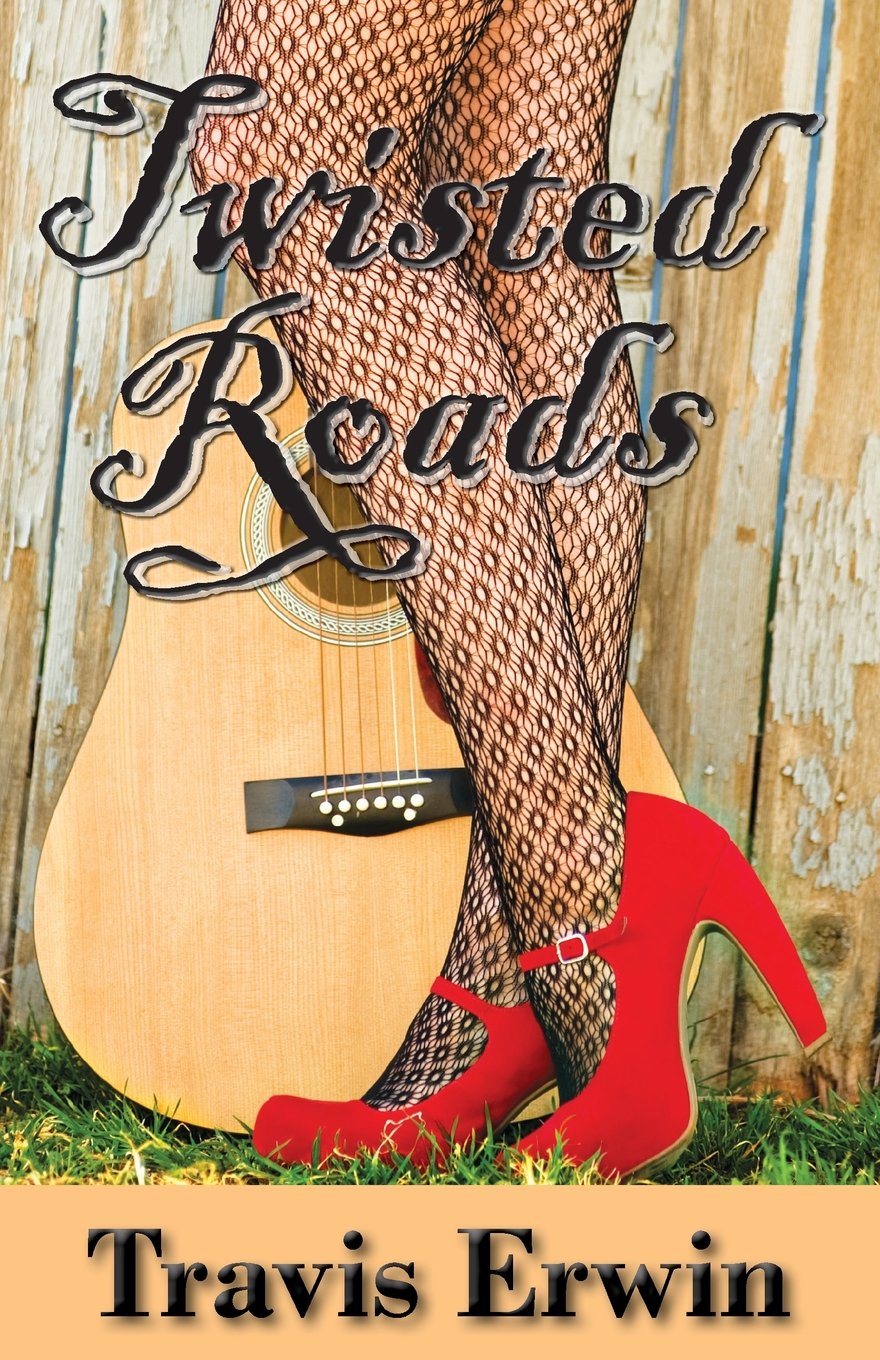 Twisted Roads. That’s the title of my new Women’s Fiction novel. Not the name I originally chose. But in hindsight, the perfect title for the book, as well as my publishing journey.

I began the original manuscript for Twisted Roads back in 2000 while taking a writing class taught by RWA Hall of Famer, Jodi Thomas. I was a new father and truthfully was just fulfilling an assignment when I completed the first 50 pages or so. But Jodi urged me complete the book and submit it. I finished the manuscript that same year, and in doing so went from being an avid writer with a few story ideas in my head, to being a full-fledged writing addict.

Now I still had no idea I was writing Women’s Fiction. Neither did Jody for that matter. She struggled to describe my work and in my mind I was simply telling a story about people trying to get along in this crazy game we call life. Jodi sent my book to a friend. I recall the woman’s comments well. “It has romantic elements as well as a literary feel without reading like literary. He captures the emotions well and I love his voice, but I’m afraid this cross genre stuff is hard to sell.”

I’m not sure who that friend was. Somebody in the business, but I was so new at that point, specific names did not mean much. I don’t think the term Women’s Fiction was as popular then as now either. And let’s face it. At 6’5 nearly 300 pounds, me and my bearded face and decided Texas twang do not immediately conjure thoughts of Women’s Fiction.

The first time that label was applied to this book or my work was at a writing conference in 2001. I submitted a sample for critique. An anonymous sample that was selected by a New York Editor for me to read aloud for a workshop critique. I read all of two lines before that editor stopped me cold, looked me up and down, and said, “I can’t believe YOU wrote this.”

She went on to explain she would have bet her life a woman wrote the piece. I took that as a huge compliment, especially when the editor asked me to submit the complete manuscript. I worked with that editor for over a year revising and honing, but ultimately her bosses said no.

But I didn’t take my defeat and limp away into the night. No I went back to writing the next story. I thought, Heck if I was that close with my first just think how easy it will be to sell the next one now that I’ve learned so much.

No one cared about that next book. And I do mean NO ONE.

I’d won some contest with that first book, but I couldn’t get a honorable mention or a even a partial request from the dozens of agents I queried.  No one cared.

Okay I said. Bad premise. I’ll write the next one.

Lots of near misses with agents and a few good comments from contests but again no one was all that interested. By now I was five or six years into this journey and was still wearing that … It’s just a matter of time label in my circle of writing friends and mentors that were long since published.

I believed them. Maybe a bit too much. I routinely heard, “You have a great voice,” and I hung my hat on that compliment. I ignored the, “You need tighter plots, richer characters.” I let myself believe I had potential and that was enough. I thought … If I knock on enough doors … send enough queries … attend enough conferences … drink rum with enough editors and agents … my time will come.

Yeah, and now you know why we Texans have the reputation for being full of shit.

I got lazy. Cocky. And just plain stupid.

I of course didn’t realize this right away. No I went to another conference. Actually a week long workshop out in Arizona. I had my eye on this particular agent and I’d just finished my fourth Women’s Fiction manuscript. I read some to her. She liked it. Requested the full. Called me on the phone once twice, three times to talk about other ideas I’d written, where I saw my writing future, and ways to improve the manuscript I’d submitted to her. Well that’s what the first two conversations were about.

Her third call was to tell me she was going to decline representation. She was very kind, and when she told me it was with regret she was doing so, I could tell she was genuine.

Nevertheless, I was devastated. I wanted to give up. I would have given up except I’m pretty dang stubborn. I had to prove my doubters wrong. But my give a hoot was broken. I started blogging as my writing outlet. I told whatever crazy story filled me head in whatever way I wanted. Forget the writing rules. I was telling a story damn it, not writing a book.

Funny thing is I learned a lot about writing by blogging. I learned how to hook readers to keep them reading more. If I didn’t, they simply clicked away and went elsewhere for their online entertainment.

wrote some good stuff I’m proud of that was a direct spin off of my blog. I published some of it, including a humorous novella called Plundered Booty, and my coming-of-age memoir The Feedstore Chronicles but I didn’t feel satisfied. I wanted to tell stories from the heart. Not romance stories per say, but stories of life. Women’s Fiction.

So after Feedstore was published I sent my publisher the half a dozen novels I’d written as well as a few others I’d started but not finished. They read through them and chose that long ago written tale. The one I began this journey with and it was them that chose the name TWISTED ROADS based on a line at the tail end of the book.

But the crooked path does not end there. My editor at TAG of course wanted a few edits. I scrapped an entire character and replaced them with a bigger, better, enriched character. In doing so the book came alive in ways it never had. I knew then those near misses were for a reason. The book was finally after thirteen years what it should be.

I missed my first deadline though, so the book got moved from a Christmas 2012 release to the summer 2013. The e-book hit May 1st as planned but formatting issues due pushed back the print release until June 1st. Then for whatever reason my book got stuck in a black hole between the publisher, printer, and distributor. Twisted Roads finally found its way into the world as a printed book in late June after a thirteen year, winding journey of near misses and close calls.

Like my character says in the book … “Twisted roads are the only ones worth driving.” 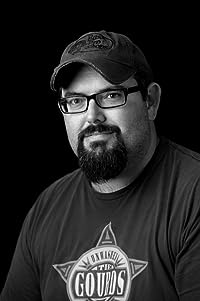 I’m a native Texan and despite the ever-present gale force winds here in The Panhandle, I can’t imagine living anyplace else. Long before I figured out that I wanted to be writer, I was an avid reader. I write lots of different things but mostly humor and Women’s fiction. Yes, I know it’s a little weird for a six-foot-five, two-hundred, and too-many-pounds man to write “girly stuff” but what can I do. I have to write the stories that fill my head. I’m obligated to be the voice for the characters that speak to me, because they’re not going to shut up either way, and at least on paper I can act like they exist for a reason. Otherwise, I’m just a guy with multiple personalities.

You can find out more at http://traviserwin.blogspot.com/.

Previous Post: « Debut Author Kelly Harms Talks About Having A Home, Doing It All (Or Not), And Selling Fried Clams
Next Post: Seven Lessons From My Debut Book Tour »