I’m happy to welcome Marci Nault to Women’s Fiction Writers today! Marci reached out to me months and months ago as a fellow debut women’s fiction author. She’s kind, supportive, and looks great on camera (you can see a video below).

Marci is woman with a mission to make her life meaningful and live her dreams!

Amy: I know you are fulfilling a dream by having The Lake House published! When did becoming a published author become something you wanted to do?

Marci: When I was a small child my mother had to return to work. I desperately missed her, so to soothe my heart we sat down and she read my favorite stories into a tape recorder. Maybe this is why books have always given me comfort and peace. I began to love writing when I was nine and I spent hours creating stories out in the woods, but I never believed I was good enough to publish.

In my early twenties, while doing motivational speaking, I became involved in the publishing business. The first time I entered the halls of Book Expo America and saw the big publishers, the desire to write became overwhelming but the fear even greater. At the time I was involved in non-fiction, but I always believed fiction was more powerful. (Stories cut straight to the heart of emotions and allow the reader to experience through their imagination what they need to feel instead of what the writer decides the journey should be.) It took me ten years after that first trip to BEA to face my fear and decide to pursue my dream of becoming a novelist.

Amy: Is the theme of dream fulfillment prevalent in your story?

Marci: The Lake House is more about family and finding home in the most unlikely of places. As I’ve been interviewed during publication, I’ve realized that the theme of pursuing dreams is also prevalent. Seventy-four-year-old, Victoria, has returned to her childhood home to face the regrets of her life and what she left behind. There are times when she wonders if pursuing her dreams was a mistake simply because it cost her so many years with the people she loved. Twenty-eight-year-old, Heather Bregman, is determined to succeed as a travel writer because she believes by fulfilling her dream she can find safety.

I wrote the base of this story before I began pursuing my list of 101 Dreams Come True, but now I see that I was exploring the need and fear within myself. I was terrified that if I pursued my dreams I would lose the people I loved and so I tried to stuff myself into the life I thought I should live – not so unlike what Victoria would’ve done had she not pursued her dreams.

Amy: Where were you when the idea for the THE LAKE HOUSE “hit” you?

Marci: I had a nighttime dream that I found my perfect home on a lake in Massachusetts and I bought it without doing any research. When I moved in everyone was over the age of seventy and they were trying to set me up with their grandsons and interfere in my life. When I woke I knew I had to write the story.

Amy: Do you have a plan when you sit down to write, or do you just “wing it?”

Marci: Most of the time I have a plan. When a story grabs me, I have no choice but to write non-stop. The story consumes me and I’ll write for weeks and months forgoing all other activities. Friends will call or come over just to be certain I’ve eaten. I’m trying to change this habit and get on a more structured schedule, but I’m not certain it’s in my personality. I tend to go full-tilt and then crash and recuperate. I wouldn’t suggest this approach.

What I do love is when I go for walks with my characters. It’s a wonderful way to find my writing. I live along a river and I’ll take the bike trail and simply listen to my characters living out their lives in my head. By the time I return I’m so filled with ideas that I have to write.

Marci: When I originally saw this question I realized I didn’t think much about the term. I tend to ignore negativity and focus on the positive. Now that my book has been published the negative connotation has been in my face.

First of all, I’ve realized that when you say you’re a writer of women’s fiction people tend to respond, “Will Fabio be on your cover?” Mostly this comment comes with a chuckle from men. I’ve also noticed that we don’t call it “male” fiction when we’re discussing James Patterson or Michael Connelly.

When a reviewer loved my book but said it was in parts too “steamy” (this shocked the heck out of me) the comments on social media came back, “Well isn’t that what chick-lit is all about?” My response was that not all women’s fiction has intimate scenes.

So what can be done? I’m a big supporter of women being women and being proud of it. Equality shouldn’t mean that we have to act like men in order to be taken seriously. I’m proud to say that I write women’s fiction. I’m part of an incredible group of women who know how to write emotion, life and all its beauty and ugliness into an unforgettable story. So we band together, proud of what we do and love to read. We don’t try to be like the men, but instead raise the awareness of the incredible literature that we produce.

Marci: When I was a young girl my mother always told me that I needed to learn to have patience. I didn’t understand the point. Patience was for people who were willing to sit around and let life pass them by. I think the lesson came in spades on my journey to publication. It takes tremendous patience and hard work to be in this business. Sometimes that patience is walking away from a story for weeks or even a month so that you can come back with fresh eyes. Too many aspiring authors rush to query agents long before the story is ready. Revise, get critiques (professional if possible), revise again, and then step away before reading it one last time.

Writers have to dream big in order to keep going when working on a novel, waiting for an agent to return emails, sitting by the phone during submission, and at so many other moments in careers. But the sooner a writer focuses on the reality of the business of writing: craft, publicity and marketing; what they can do to promote and build their brand and platform; what to expect and what their goals are – the sooner they’ll be on the path to publication. Start with the dream, see the reality, and then go for the goal. 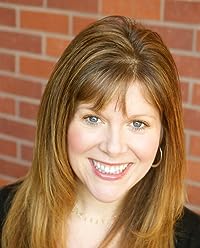 Marci Nault hails from a town not too far from Lake Nagog in Massachusetts. Today she can be found figure skating, salsa dancing, hiking and wine tasting around her home in California. Marci is the founder of 101 Dreams Come True, a motivational website that encourages visitors to follow their improbable dreams. Her story about attempting to complete 101 of her biggest dreams has been featured in newspapers and magazines nationwide, and she regularly speaks on the subject on radio stations in both the United States and Canada.

Marci is also a partner in the online bridal boutique www.ElegantBridalDesigns.com where she’s surrounded by couture shoes, purses, clothing, and accessories, which isn’t a bad deal at all.

For more information about THE LAKE HOUSE and Marci’s dream list check out  http://www.chicklitcentral.com on June 20th where I hear they’ll be doing a giveaway.