You are here: Home / Uncategorized / Have You Written A Novel? Author Roberta Gately Says Chase Your Dreams And Enjoy The Journey

If you’re in the writing, editing, revising, querying, or submission trenches, it’s good to remember to keep your sense of humor—and your eye on the prize. Author Roberta Gately shares her story of missteps and determination that led to her first and second novels being published.

Have You Written A Novel? Author Roberta Gately Says Chase Your Dreams And Enjoy The Journey 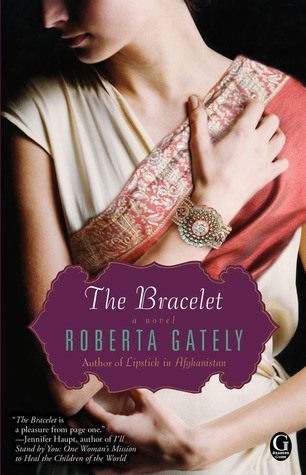 So you’ve written a novel, and after congratulating yourself heartily, you think – yikes, what’s next?   As an aid worker and nurse, I’d been writing articles for years, and I tackled a book because when I was working with the International Rescue Committee in Iraq in the early days of the US invasion, a New York Times reporter told me I should.   What higher recommendation, right?  So, I toiled away at a memoir – an account of my adventures (and a few misadventures) and then, (cue the applause), it was done.  I was thrilled, certain the publishing world would come knocking on my door.    But, I quickly realized they didn’t know me, didn’t know I had the next great book,  and I’d have to call them, so unbelievably, I did.  I reached a harried receptionist in one or another publishing house, and told her I’d written a book.

There was a long pause.  In retrospect, I’m sure she was thinking – who the hell is this idiot?  But, she didn’t say that.  Instead, she sighed (interpretation – she’d heard that one before) and forged ahead.

Aha!  A light went off.  One more step and then it was off to the races.  Only – not really.  The toughest part about writing is that very step – finding an agent.   Undaunted, I researched the whole agent thing and plunged in, sending query after query until finally, several agents were interested.   I had my pick and I picked the one that seemed the best.

But, he wasn’t.  My manuscript languished with him until finally one day, he said a publishing house was interested and I was summoned to New York City to lunch with the big boys.  They loved my non-fiction book, they said, but wanted some changes, and to my untrained ear, it was all gibberish.  I had no idea what they were talking about.  My agent didn’t seem to have understood either, and he became increasingly harder to reach.  I finally fired him and wrote a novel.  I quickly found new agents (through a writer friend) and the rest, as they say, is history.  Once I had my new agents, I knew my novel would find a home, and it did – Simon & Schuster.   “Lipstick in Afghanistan” was published in 2010 and my second novel – “The Bracelet” was released just a few days ago.

The other publishing house still contacts me from time to time to ask how the changes in my memoir are coming.  At first, I used to say, I was working at it.  But when my first novel was published, they wrote to congratulate me, and then they asked about the memoir.

Though I haven’t yet.

So if you’ve written something or hope to, just do it.  Chase your dreams.  No one else can do that but you.  And enjoy the journey.  No matter what comes, your journey should be cherished.

For a sneak peek into THE BRACELET click here!

A nurse, humanitarian aid worker, and writer, Roberta Gately has served in 3rd world war zones ranging from Africa to Afghanistan. She has written on the subject of refugees for the Journal of Emergency Nursing and the BBC World News Online. She speaks regularly on the plight of the world’s refugees and displaced. Her first novel – “Lipstick in Afghanistan” was published in 2010. Her second novel – ‘The Bracelet” – was released on November 6, 2012.

Previous Post: « A Book Cover Is Worth A Thousand Words…And A Sneak Peek Inside!
Next Post: I'm Thankful For Big Libraries, Small Towns, And A Smidgen Of Chutzpah »